As a young man Bazza West was an active sportsman and by age 17 was running his own gardening business. Then, while driving his car, two years later, he swerved to avoid hitting a badger and slammed into a tree that resulted in him becoming a quadriplegic. Breaking his neck leaving him paralysed with no use of his arms and legs, just the movement of his head.

Bazza’s rehabilitation meant he spent 11 difficult months in hospital and for a period of time, was on a life support machine because of breathing difficulties. And skull traction for 4 months, When he was finally allowed home, he was in the depths of depression and looking at a very bleak future. Thinking about what have I done to deserve this, I thought I was in Invincible, Then, in 2007, his life was transformed when he came into contact with the Back-Up Trust, a charity that works with the spinally injured to help them regain confidence and independence.

This lifeline led him to take on some extraordinary physical activities including ski carting and sky diving and he even made the summit of Mount Snowdon and Ben Nevis and conquer all the 3 peaks in his wheelchair with a team of Westys warriors, And in 2012 he was also chosen to carry the Olympic torch through the streets of Rye, Sussex.
Bazza’s life then took on a new and transformative direction when he began to mouth paint and he soon realised that this was something that, as a person with no mobility from the neck down, could become a great outlet for his self-expression. Then, in 2013, he was accepted as a student artist with the MFPA and his future really began to take shape.

With the support of the MFPA, Bazza’s confidence in himself and as an artist has grown dramatically so that today he is a very accomplished commercial artist. He lives with his wife Loraine, 3 children, and a few animals in East Sussex.

His philosophy – One Life- Live It.

‘Becoming an artist with the MFPA has been pivotal in my life. It made the impossible, possible. It gave me back my confidence and made me believe in myself again. It brought light to the end of the very dark tunnel I was in after my accident.

The support and encouragement of the MFPA helped get my life back, and my initial thoughts about not being good enough as an artist are now behind me. But I am still keen to do even better and I know there is an opportunity for me to grow within the Association.

I’m proud to be a working role model for my young son and two stepdaughters and it’s great to know that through my work with the MFPA, I have a positive future and am able to achieve financial security and provide for my family’ 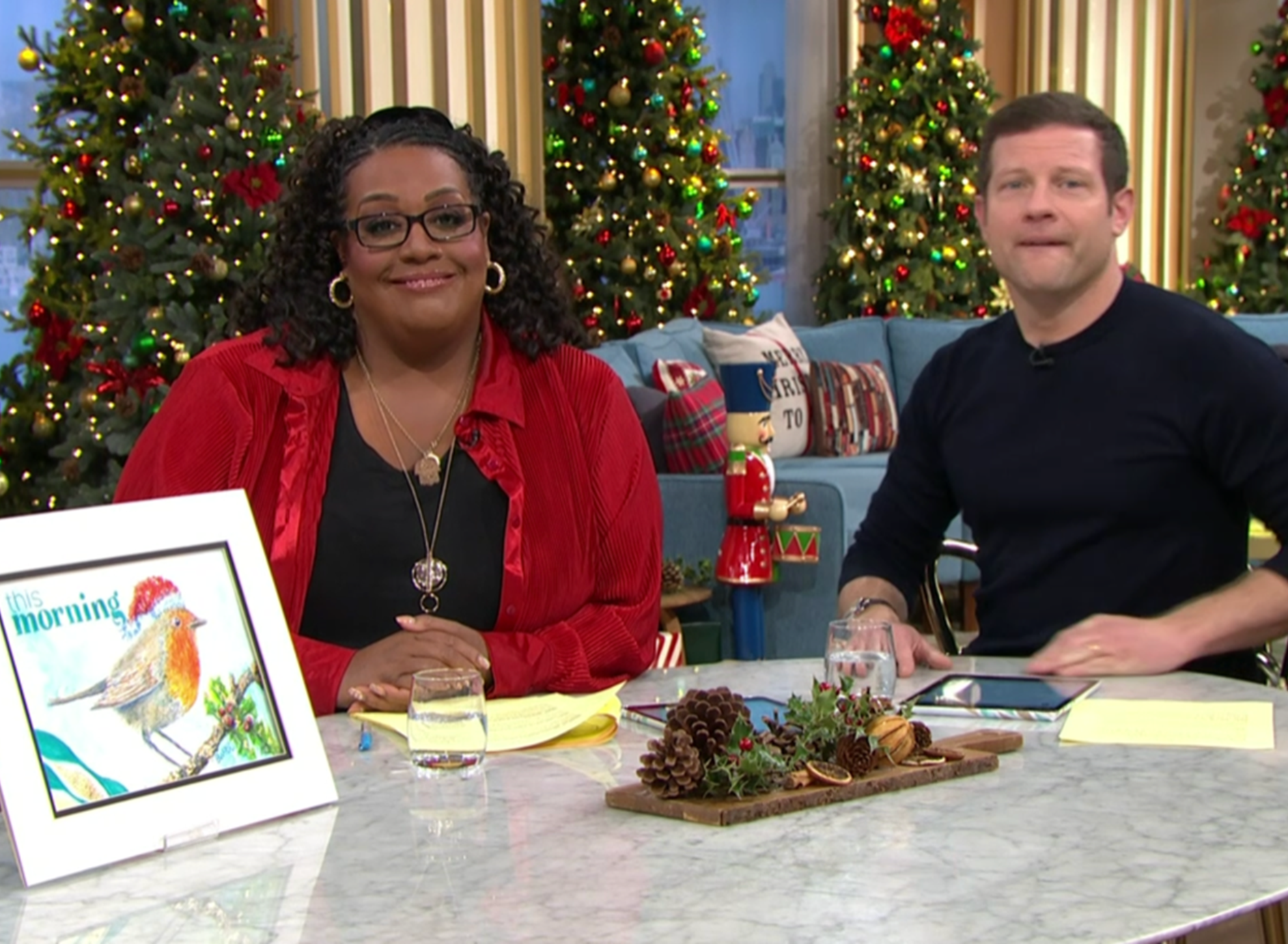 Following his successful mid-November appearance on ITV’s ‘This Morning Show’ (along with fellow artist, Tom Yendell) Bazza West subsequently created an original mouth-painting for the two anchors, Alison Hammond and Dermot O’Leary and the ‘This Morning Show’ Team, as a special thank you to them for the providing the opportunity to appear on the show. 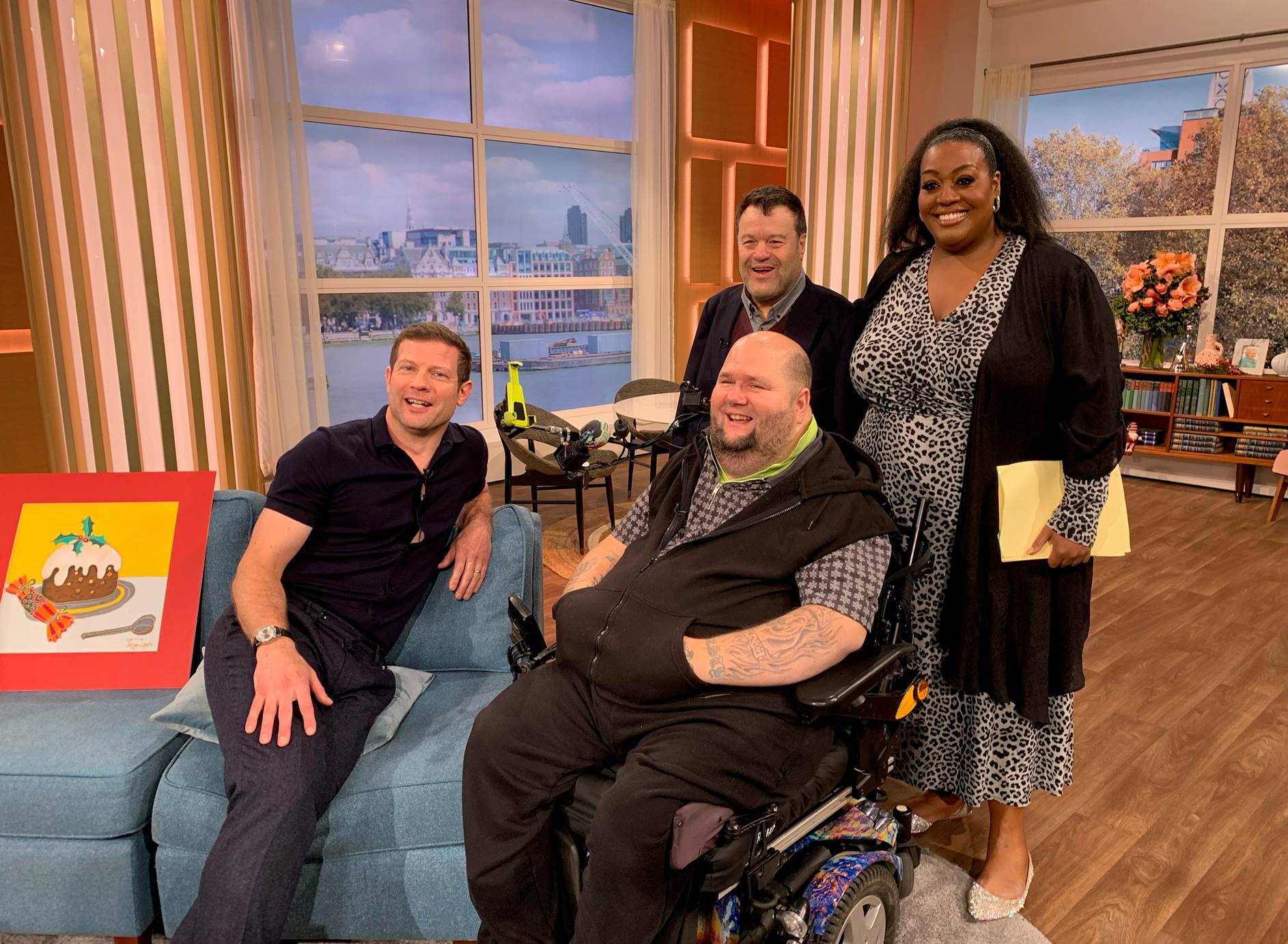 ITV presenters Alison Hammond and Dermot O’Leary were very impressed by the talents of artists Tom Yendell and Bazza West and fascinated to hear the story behind their work, when the double act appeared on their ‘This Morning’ Show on 19th November. 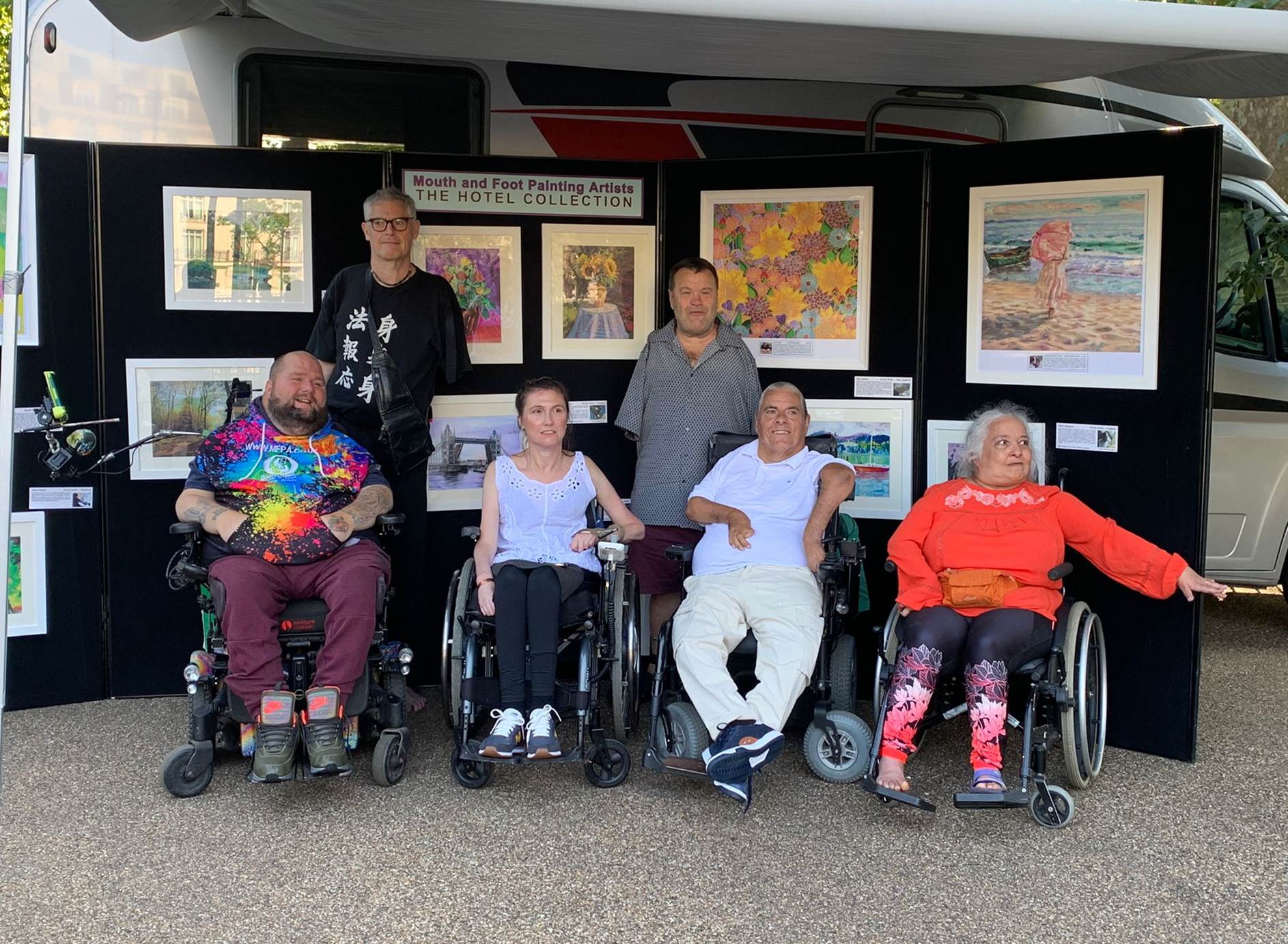 To mark the annual International Mouth and Foot Painting Artists Day on Sunday 5th September, some of the UK artists decided to stage a small exhibition of their work and to provide mouth and foot painting demonstrations for visitors to Hyde Park, London.

Inspirational Life After Slamming Into A Tree

In an interview with the Sussex Express, which is read by more than 11,000 people, Uckfield based mouth-painting artist Bazza West explained how his life was transformed in 1996, when his car crashed into a tree at age 17 and broke his neck. 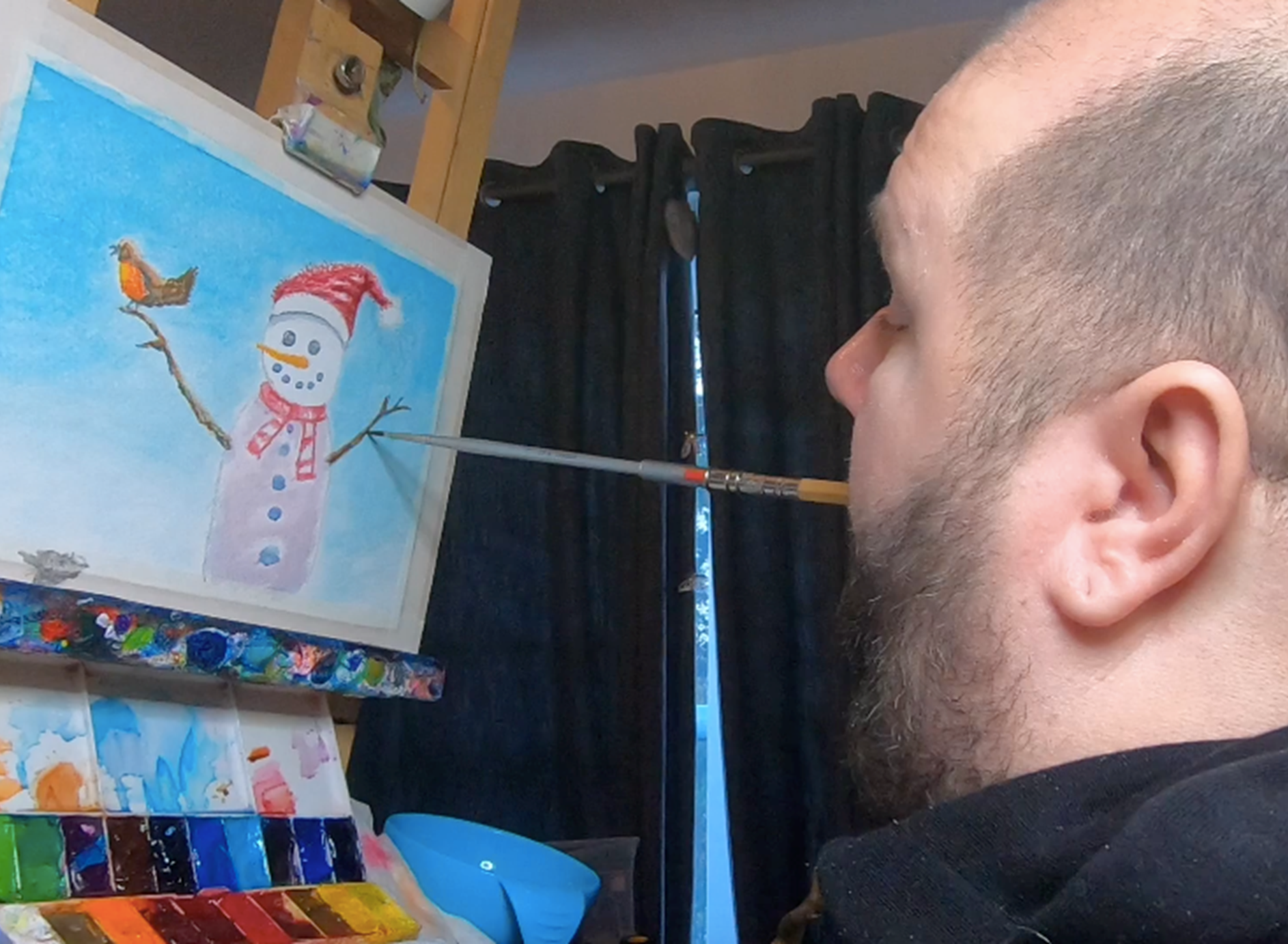 There’s “snow” better way to enjoy the holiday season than making the little ones smile and seeing them get excited counting down to Christmas Day. Keep them entertained – not with our jokes of course – but with the last in our series of Christmas themed art tutorials.

A sample of Bazzaʼs work 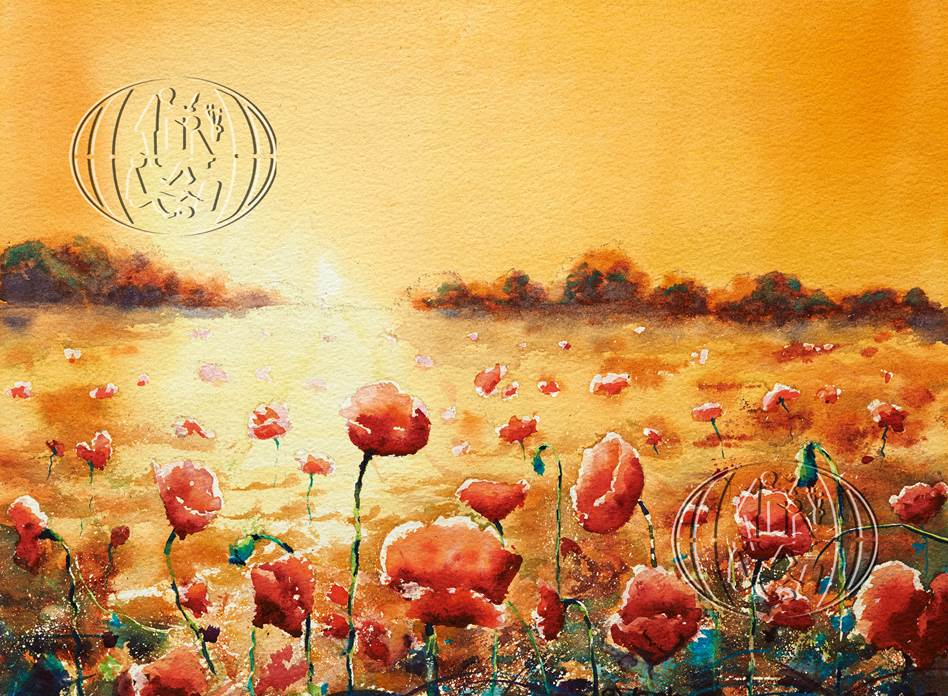